Nowadays, astrophysicists conduct research using huge telescopes, some connected together across continents. The two large Cherenkov telescopes of the Roque de los Muchachos Observatory on the Canary Island of La Palma are known as MAGIC. They detect cosmic gamma rays produced by extreme processes in the universe.

MAGIC I and II can be focused on any point in the heavens in just a few seconds. Mosaic-like mirror plates align themselves with a pre-adjusted laser point. They are each driven by two high-precision, dynamic Carry 12 x 2 mm ballscrews from Eichenberger.

The cosmos fascinates us

Unlike many other fields of research, astronomy has a special fascination. It seems to address a fundamental human need, the desire to understand our place in the universe, to know what exists "out there in space". It is taken for granted that astronomers know about the Big Bang and can explain how the universe has evolved throughout the 13.8 billion years since birth.

In fact, we know virtually nothing about the universe. The MAGIC telescopes, which are positioned 2400 m above sea level on a volcanic escarpment just below the crater rim, are used not only to observe astronomical objects in space, but also to address questions of fundamental physics. Dark matter makes up the largest part of the material universe. Quite what the rest is still unknown. In order to get an overall physical picture of how our cosmos came into being, it is first necessary to understand dark matter. 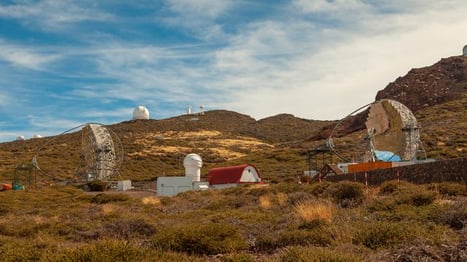 MAGIC I left (2003)
The total mirror area is 240 m², corresponding to a reflector diameter of 17 metres. The camera of
the telescope comprises a densely packed matrix of photomultipliers that register the Cherenkov light.
Their data is then read by extremely fast electronics. Exposure times of one hundred millionth of a
second are necessary for the images of the air showers. By analysing the shape and orientation of
the shower images, the aerial images of the cosmic gamma quanta can be efficiently distinguished
from the background. The overall brightness of the air shower is used to estimate the
energy of the gamma. The trigger energy threshold of the Magic I telescope is about 50 GeV.

MAGIC II right (2009)
Another Cherenkov telescope was erected 85 metres from the MAGIC telescope. It is identical
in construction to MAGIC I with the exception of the aluminium reflectors. The side length of these is
one metre and hence the surface area is four times as large. This expansion is aimed at improving
the low photon yield of low-energy showers. By observing air showers in parallel using both
telescopes, the detection range of Cherenkov flashes is improved by a factor of 3, which means
that fainter gamma sources can also be detected.

Hunters of the blue lights

The high-energy gamma radiation is emitted from the universe at the speed of light and is not visible. Gamma photons collide with the Earth's atmosphere at an altitude of about eight kilometres, where they begin to interact with the molecules in the air. This is fortunate as gamma rays are extremely energetic and would kill people, but instead harmless particle showers are formed - and it is precisely these that the MAGIC telescopes capture. As the emerging particles are very fast, blue flashes are produced, also known as Cherenkov light. Gamma ray bursts are invisible to the human eye, so the cameras in the MAGIC telescope detect the flashes being reflected by the mirrors.

Targeting gamma ray bursts from Earth is a difficult challenge. They can appear anywhere in the sky at any time and quickly disappear again. Using MAGIC I and MAGIC II, almost a thousand mirrors focus on the most distant activities in the universe within just 20 seconds. The fact that the telescopes can align themselves so quickly with the source of the gamma ray burst is down to the powerful drives and relatively low weight of the telescopes. 947 aluminium mirror segments mounted on support plates produce 247 m² of mirror surface. Every one of the 50 x 50 cm mirror plates is driven on two sides by an astonishingly nimble and hard-wearing Carry 12 x 2 mm ballscrew. Extremely precise and amazingly fast, the robust, cold-rolled lead screws align the individual mirrors to a pre-adjusted laser dot. 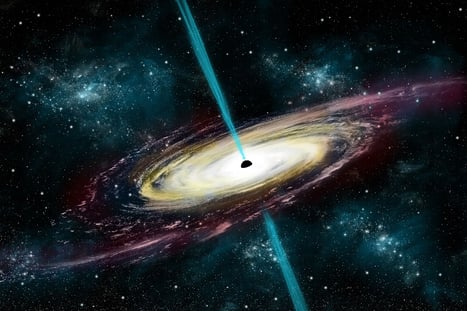 Although gamma-ray bursts are very common, they are still a mystery to science.
Targeting the bursts from Earth is a difficult task.

Working in the control centre

Around 150 scientists from 24 institutions in nine European countries are part of the MAGIC collaboration. The demand for observation time at MAGIC is always greater than the time available for 150 astronomers. By means of computer programmes and simulations, MAGIC staff can reconstruct which particles have descended, the ones that are of no interest, and those that can ultimately provide information about where they came from in space and their respective energy. All this makes it sound as if the gamma ray detectives in the control centre are sitting comfortably in front of the screen, sipping coffee. Far from it! The work is demanding and challenging, because the technology has to work 100 per cent all the time. The scientists at MAGIC claim to have the best technology in the world. Nevertheless, they have to fix failures in the hardware of the computers or in the telescopes manually. In the latter case, the astrophysicists put on helmets and safety equipment to search for the fault on site. This means they climb onto the vast scaffolding of the telescopes, proving that they have a head for heights and can work in all weathers, replacing cameras or mirrors, for example. Damage is often caused by adverse weather on the Roque de los Muchachos.

The scientists work mainly at night, with an average of 4 MAGIC researchers sharing the workload. Competition for positions in astrophysics is fierce, especially on La Palma. After all, research with the Cherenkov telescopes offers unique opportunities to collect and analyse data. Every single theory has to be validated by data. This is physics, the science of measuring, counting and understanding.

The MAGIC structures, each 17 metres in diameter, are the largest and most dynamic telescope mirrors of their kind in the world. To ensure that over the entire system about two thousand square mirror plates are able to fulfil the rapid reaction time and exceptional precision required, almost 4000 Swiss ballscrews deliver exceptional performance (efficiency > 0.9) combined with utmost functional reliability and robustness. The electrically activated Carry ballscrews convert the rotary motion of the motors into a perfect linear motion. Despite the most adverse weather conditions and extreme temperature differences, the Carry ballscrews perform with absolute reliability.

The powerful Carry are manufactured cost-effectively in-house at Eichenberger using a thread rolling and hardening process and high series production. Development, manufacturing and quality management are fully integrated at Eichenberger. This enables even the most unconventional solutions to be produced rapidly and flexibly. 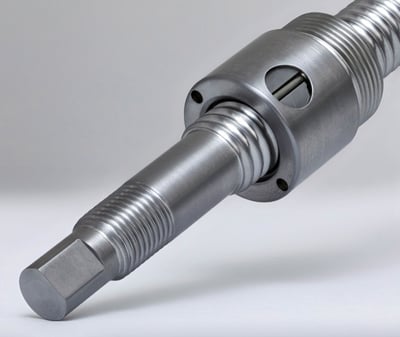 Drive technology operates in an environment of tension. Increasing time and cost pressures are set against objectives such as precise processes, high load ratings and speeds or long service life. Over the decades Eichenberger has developed an impressive range of ball and sliding screw drives. The designers at Eichenberger always strive to further develop an existing product and tailor the screw drive to meet application-specific requirements. This gives a crucial price advantage and improves the competitiveness of the product for the customer. 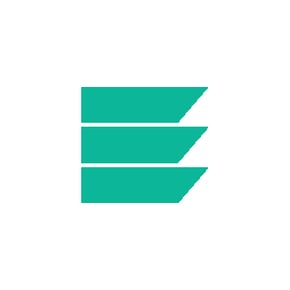 Ballscrews and the gender balance

The competition for bright minds, young talent and skilled workers has also arrived in industry and automation. Discover how ...
read more

Astronomy is important because physics in itself does not invent things, just as biology does not cure anything. Scientists, ...
read more

"Space - unending expanses. The year is 2200." Recognise it? It is how the television series Starship Enterprise begins. ...
read more